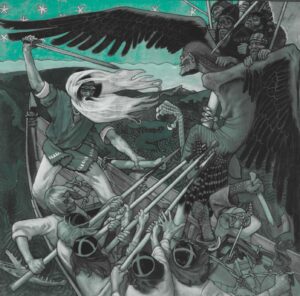 Nationalism and religion have intertwined closely over the past two centuries. Indeed, nationalism can easily be associated with the ideas of “political religion”, charismatic leadership, forms of prophetism, messianism, millennialism and more generally with mysticism, esotericism and alternative spirituality.

The old religious concept of a divine covenant with an “chosen people” takes on new forms in nationalist but also imperialist and colonialist discourses. The spread of nationalism on a global scale and its role in the process of decolonization are often far from having a purely political or secular dimension, and indeed alliances with religious fundamentalism are still a significant feature. This intricate relationship deserves new attention to the relationship between nationalism and religion, which remains relatively inconspicuous in the context of studies on nationalism.

The International Symposium   Religious dimensions of nationalism: Interdisciplinary perspectives, organized by the Center for Comparative Civilization and Spirituality Studies in collaboration with Joep Leersesen and Marco Pasi of the University of Amsterdam aims to bring together scholars from different disciplines who are interested in investigating this relationship between nationalism and religion.

The Call for Papers is closed.