Winter School: Visions of the Occult – Introduction to Western Esotericism 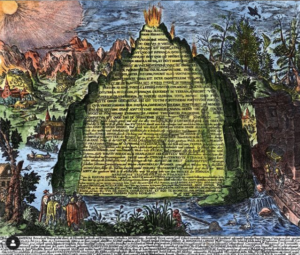 In the winter of 2022 the HHP Centre will be part of the online Winter School programme at the University of Amsterdam, organised by the Graduate School of Social Science.
Dates: 17 – 28 January 2022

In the winter of 2021, the HHP Centre launched its intensive seminar, Visions of the Occult. This two-week course offers students at every level (undergraduate, graduate, postgraduate), and non-students alike, a broad survey of the fundamental elements of Western esotericism. It is hosted every winter and summer, in collaboration with the Graduate School of Social Science. The course is currently being offered online; however, that may change in the future. For updates, check out the links below.

Western Esotericism has long been neglected by academic research as a subject unworthy of serious consideration. However, it has been and still is one of the most significant components of Western culture. The fact that it has been often marginalized, or even persecuted at times, does not mean that it has been historically irrelevant, quite the contrary. Many major authors and movements in literature, the arts, philosophy, and science have been influenced or inspired by it.