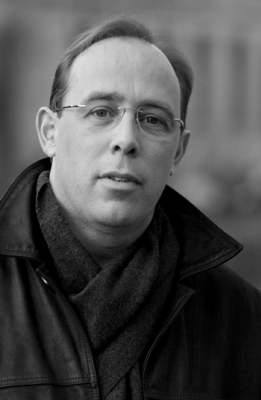 Wouter J. Hanegraaff (1961) is Professor of History of Hermetic Philosophy and Related Currents at the University of Amsterdam, and head of the HHP research group.

Hanegraaff studied classical guitar at the Municipal Conservatory at Zwolle (1982-1987) and Cultural History at the University of Utrecht (1986-1990), with a specialization in alternative religious movements in the 20th century. From 1992-1996 he was a research assistant at the department for Study of Religions of the University of Utrecht, where he defended his dissertation on 30 November 1995 (cum laude).From 1996 to 2000 he held a postdoctoral fellowship from the Dutch Assocation for Scientific Research (NWO), and spent a period working in Paris. On 1 September 1999 he was appointed full professor of History of Hermetic Philosophy and Related Currents at the University of Amsterdam. From 2002-2006 he was president of the Dutch Society for the Study of Religion (NGG), and since 2005 he is president of the European Society for the Study of Western Esotericism (ESSWE). In 2006 he was elected member of the Royal Dutch Academy of Sciences (Koninklijke Nederlandse Academie van Wetenschappen, KNAW).

He is the author of New Age Religion and Western Culture: Esotericism in the Mirror of Secular Thought (1996), Lodovico Lazzarelli (1447-1500): The Hermetic Writings and Related Documents (2005; with Ruud M. Bouthoorn), Swedenborg, Oetinger, Kant: Three Perspectives on the Secrets of Heaven (2007), Esotericism and the Academy: Rejected Knowledge in Western Culture (2012), and Western Estoericism: A Guide for the Perplexed (2013). He has published numerous articles, and edited six collective works, including the two-volume Dictionary of Gnosis and Western Esotericism and the recent Hidden Intercourse: Eros and Sexuality in the History of Western Esotericism(2008; with Jeff J. Kripal).