Dr. Liana saif is involved with the following research projects at the HHP Centre.

Islamic esotericism and the occult sciences in the medieval period 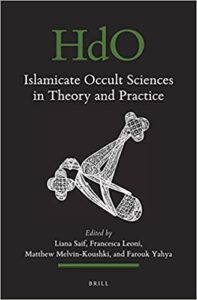 Islamic esotericism and the occult sciences

Dr. Liana Saif is a historian focused on Islamic esotericism and the occult sciences in the medieval period (eighth to the thirteenth century). She has recently co-edited the highly anticipated volume Islamicate Occult Sciences: Theory and Practice, with Francesca Leoni, Farouk Yahya and Matthew Melvin-Koushki, (Leiden: Brill, 2021). She also pays special attention to intercultural exchange of esoteric and occult ideas between the Islamicate and Latinate worlds all the way to the European Renaissance, as reflected in her first monograph “The Arabic Influences on Early Modern Occult Philosophy” published by Palgrave Macmillan in 2015. She explores there the Islamic scientific and natural-philosophical foundations of the theories of astral influences that “naturalised” astrology and astral magic, becoming sciences that explore the dynamics that link the terrestrial and celestial worlds, thus co-producing knowledge about nature and the cosmos, and resulting in a universe more intelligible to both Muslim scientists and philosophers, and their European counterparts. 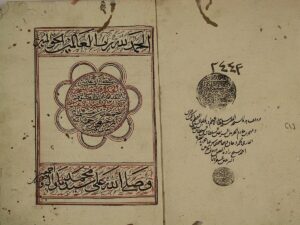 Saif has published on the intersection of medicine and the occult sciences and worked extensively on the tenth-century esoteric and underground Brethren of Purity (Ikhwān al-Ṣafāʾ) and their encyclopaedic Epistles (Rasāʾil). She is currently preparing a long-awaited critical translation from Arabic into English of Maslama b. Qāsim al-Qurṭubī’s (d. 964) Ghāyat al-ḥakīm, known in its Latin translation as the Picatrix. More recently, she has been conducting research on the understudied, yet influential, ninth-century corpus known as the Pseudo-Aristotelian Hermetica. The first outcome of this undertaking is an open-access research paper entitled “Preliminary Study of the Pseudo-Aristotelian Hermetica: Texts, Context, and Doctrines”, in Al-ʿUsur al-Wusta: The Journal of Middle East Medievalists, Volume 29 (2021). The objective is to build a project to study this corpus further, in addition to editing and translating it.

As part of her collaboration with the Advanced ERC PhilAnd project entitled “The origin and early development of philosophy in tenth-century al-Andalus: the impact of ill-defined materials and channels of transmission” (Université catholique de Louvain/Warburg), Saif has been studying the magical works attributed to Jābir ibn Ḥayyān (721-815), especially Kitāb al-Nukhab (The Compendium) which is concerned with the theory, practice, and teaching of talismanry.

Saif’s historical queries have been framed within a wider theoretical investigation of esotericism in the middle ages, especially in the Islamic context. Known as bāṭiniyya, Saif shows it as a historical construct, negotiated and constructed since at least the ninth century, being central to Qur’anic exegesis, soul-centred hermeneutics, and theology, with wide political implications. She is, therefore, also interested in the ways Islamic esotericism has been conceptualised in the twentieth century, particularly in the thought of the Traditionalists and the works of Henry Corbin; in addition, to entanglements with, responses to, and rejections of their frameworks. This resulted in two recent publications: ‘What is Islamic Esotericism?’, Correspondences: Journal for the Study of Esotericism, special issue ‘Islamic Esotericism’, ed. Liana Saif, 7, no. 1 (2019), pp. 1-59; and “ ‘That I did love the Moor to live with him’: Islam in/and the Study of ‘Western Esotericism”, in New Approaches to the Study of Esotericism, eds Egil Asprem and Julian Strube (Leiden: Brill, 2021), pp. 67-87.