Angelheaded Hipsters: From the Birth of Beatnik Antinomianism to Psychedelic Millenarianism (PhD project) 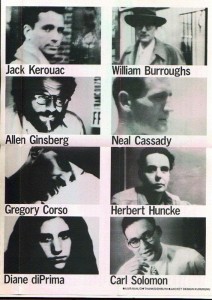 The conventional narrative concerning the transformation of the 1950ʼs “Beat Generation” into the religious awakening of the North American “Counterculture” of the 1960s and 70s is inadequate. Against the reductionist accounts of the spiritual inclination of the “beatniks,” “hippies,” and “yippies,” and more significantly, the monolithic category of the “Counterculture” in which the aforementioned groups supposedly flourished, my dissertation will provide a precise historical account of a cabal of cultural elites whose work both unified and divided the diverse array ofindividuals and groups that were so readily stereotyped by the media. Focus on Alan Watts, William S. Burroughs, and Timothy Leary, as well as secondary reference to Allen Ginsberg and Brion Gysin, will illuminate how their work constituted a major, but also limited, influence among the heterogeneous forces that coalesced in generational disaffiliation that challenged the status quo in Post-WWII North America up to the 1970s.

Additionally, my dissertation analyzes the esoteric discourses in these menʼs work in the light of the publishing innovations they spurred, as well as the underground publishing enterprises that catered to their illegal work. Published across a spectrum of DIY  (“Do it Yourself”) mediums including mimeographed journals, Xerographical chap books, and “zines” (short for “fanzine” or “fan-made magazine”), Burroughs, Ginsberg, and Leary were early proponents of amateur desktop self- publishing, which would become the most dominant medium for the dissemination of avant-garde and dissident writings and act as a template for the underground newspaper boom of the 1960ʼs and 70ʼs.

Lastly, my research will illuminate the profound influence of these figures on a diverse variety of esoteric currents, including Chaos Magick, psychedelic spirituality, and Deep Ecology. Likewise, the hitherto unmentioned origins of a number of contemporary esoteric movements based on these discourses will be elucidated, including Discordianism, the Church of the SubGenius, and the post- modern literary genre known as “Neuromanticism” or Cyberpunk.