Dr. Peter J. Forshaw is currently involved in the following research projects at the HHP centre. 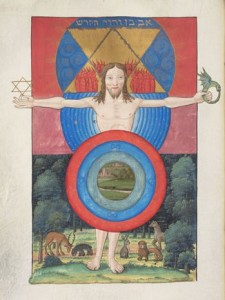 The goal of this project is to write a study of Christian Cabala in the early modern period that will provide a soundfoundation for students unfamiliar with the subject and at the same time be of interest to specialists in the history of esotericism. From a brief introduction to Jewish Kabbalah, the work then investigates, for example, the Genesis of Christian Cabala; the presence of Cabala in occult philosophy and practical magical treatises; the impact of Cabala on alchemical theory and practice; the new wave of Lurianic Kabbalah; Kircher’s Saracenic Cabala; critical responses, including Colberg’s condemnation of Cabala as ‘Fanatic Theology’ and Brucker’s ruminations in Historia critica philosophiae. Projected outcome of this project: a monograph, articles on Early Modern Christian Cabala, plus a Christian Cabala Reader, providing translations of new material from early modern books and manuscripts. 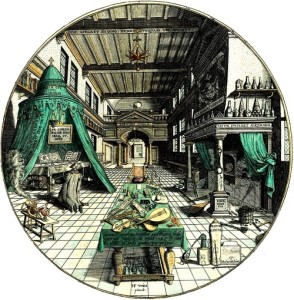 The ‘New Historiography of Alchemy’ rejects a monolithic view of the subject, recognising the rich variety of approaches by which practitioners from many schools of thought competed and coexisted. In the process of challenging earlier representations of alchemy, however, there has been a reaction against late nineteenth- and twentieth-century spiritualised or psychologised interpretations of alchemical endeavour. This project investigates the relations between alchemical and religious thought in Medieval and Early Modern Europe. The focus is on the Christian West, though, as alchemical texts contain a great deal of material from earlier periods, the intended monograph and articles will include a fresh historical-critical appraisal of evidence from the middle ages and antiquity, including relevant Greek, Arabic and Hebrew sources. Research themes include: exegesis, images, vision and revelation, confessional identities, ‘spiritual’, ‘supernatural’ and ‘theosophical’ alchemy and ‘the experience of transmutation’.