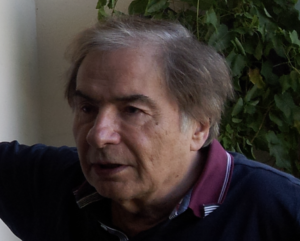 It is with great sadness that we must report the passing of Antoine Faivre, the foundational pioneer of Western esotericism as an international field of academic research. He died in Paris on December 19, at the age of 87. Originally trained as a Germanist, Faivre published large and essential monographs about eighteenth-century Illuminism and Christian Theosophy, and was appointed in 1979 at the unique chair for “History of Esoteric and Mystical Currents in Modern and Contemporary Europe” at the École Pratique des Hautes Études (Paris). With his countless publications since the 1960s and continuing during the 1980s and 1990s, he accomplished what no scholar before him had managed: by setting high professional standards while putting central issues of method and theory firmly on the agenda, he succeeded in moving the study of esoteric traditions out of its position of academic marginality and establish it as a widely respected new domain of scholarly research in the humanities.
Among Faivre’s many initiatives and activities on behalf of our field, toward the end of the 1990s he played an indispensable key role in the process of creating a new chair and program for “History of Hermetic Philosophy and Related Currents” at the University of Amsterdam. The staff of HHP and all students in our program therefore owe him a very great debt of gratitude. Faivre remained active as a scholar until a high age, even publishing an extremely detailed 600-page monograph as recently as 2018; but after this final landmark, his health began to decline. His many friends and colleagues will remember him not just for his scholarly accomplishments but also for his unique personality, his sense of humor, his wisdom and generosity, and his essential humility as a human being. He leaves a void that cannot be filled, but his work remains, and we will carry on his legacy.