The following is a list of websites that provide online access to esoteric primary material and movement texts of various sort. Some of the websites are the result of academic initiatives of digitization, archiving and documentation, while others are run by practitioners. We provide some basic information about each site when available.

International Association for the Preservation of Spiritualist and Occult Periodicals (IAPSOP)

The IAPSOP is an American non-profit organization dedicated to digitize and thus preserve Spiritualist and occult periodicals published before the Second World War. It has a rich and growing archive of such publications, shared under a Creative Commons license that permits free non-commercial use. It is an extraordinary resource for historians of English-speaking occultist and spiritualist milieus.

The Friends of Theosophical Archives (FOTA)

FOTA (The Friends of Theosophical Archives) is an organisation being formed to promote knowledge of, and support for, the Theosophical archives across the world. For this purpose, “Theosophy” is defined in the same way as in the editorial pages of Theosophical History, and is not restricted to any one tradition or country. 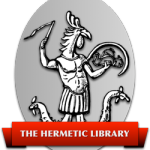 The Hermetic Library was started in 1996 and is thus probably the oldest repository of esoteric texts online. It was established and run by practitioners of a primarily Thelemic bent, and its collection obviously reflects this. It is a useful resource for certain strands of 20th century and contemporary esotericism, from recent developments in ritual magic and the Thelemic scene in particular, to the ontological anarchy of Hakim Bay.

The IGPP in Freiburg not only holds an outstanding collection of documents for the history of parapsychology, psychical research, spiritualism, and occultism – they are also taking steps to digitize some of their holdings. The digitized collection so far contains the most important occult, spiritualist, and parapsychological journals and periodicals in Germany. It is an excellent resource for the history of esotericism in the German speaking world from the late 19th century to the Second World War.

Go to the IGPP digitization project (content in German)

Levity is an online repository of alchemical texts, images, and commentary organized by independent scholar Adam McLean. It features tens of thousands of pages of text, over 3000 images, over 300 complete alchemical texts, extensive bibliographical material on the printed books and manuscripts, numerous articles, introductory and general reference material on alchemy. In short, it’s a very valuable place to start if you are looking for information on alchemy online.

Search for gold at Levity.

The Internet Sacred Text Archive claims to possess the “largest freely available archive of online books about religion, mythology, folklore and the esoteric on the Internet”. It has collected a large number of “esoteric” source texts, ranging from translations of ancient material to documents that have never existed separated from the world wide web. Most, but not all, of the material is open domain or out of copyright (take care!).

The Twilit Grotto is run by the specialist of ritual magic, Joseph Peterson, and has slowly been building its archive since 1997. It offers a useful collection of primarily early modern and medieval prints and manuscripts (all in digital transcription). There is a strong predominance of magical material, clustering around the Solomonic grimoire tradition and Renaissance magical texts.

Climb into the Twilit Grotto.

e-rara: Alchemy, Magic and Kabbala (Foundation of the Works of C.G. Jung)

Links to offline archives and libraries

The website of the Bibliotheca Philosophica Hermetica in Amsterdam needs no further introduction. Make sure to take a virtual tour of the library.

The Herzog August Bibliothek Wolfenbüttel is a research library specializing on early modern prints and books. Its collection is among the most important in Europe. The library offers fellowships and organizes conferences.

The IGPP is a parapsychology research institute associated with the University of Freiburg, Germany. In addition to running parapsychological experiments, working with clinical psychologists, and in other ways pursuing “the border areas of psychology and mental hygiene” the IGPP also has a strong interest in historical and cultural studies perspectives on parapsychology. It houses a unique collection of (predominantly German) parapsychological and occultist material in its library and archives.

The Warburg Institute in London was the home of the pioneering “Warburg school” of scholarship on hermeticism and renaissance esotericism, most famously associated with Dame Frances Yates. It houses one of the world’s most important collections of prints and manuscripts related to esotericism.