Who is who at the HHP Centre? 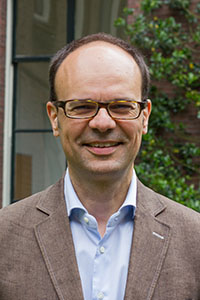 Marco Pasi is Associate Professor in the History of Western Esotericism in the Modern Period and is the Director of the HHP Centre.

Marco graduated in Philosophy at the University of Milan (1994). He then obtained his PhD in Religious Studies, specializing in the History of Western Esotericism under the supervision of Antoine Faivre at the École Pratique des Hautes Études in Paris (2004).

He has been a Frances Yates Fellow at the Warburg Institute, a Research Fellow at the Netherlands Institute for Advanced Studies in the Humanities and Social Sciences (NIAS) and at the Max Weber Kolleg (University of Erfurt), and has been a Visiting Professor at the Swiss Federal Institute of Technology (ETH) in Zurich, at the University of Cagliari, and at the University of Turin. He has been the General Secretary of the European Association for the Study of Religions (2014-2019) and the Co-Chair of the Western Esotericism Group at the American Academy of Religion (AAR). He is currently the Chief Editor of the Aries Book Series (Brill). 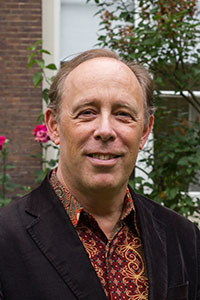 Wouter J. Hanegraaff is Professor in History of Hermetic Philosophy and Related Currents. 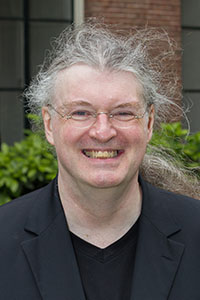 Peter J. Forshaw  is Associate Professor in History of Western Esotericism in the Early Modern Period.

Peter graduated in Sanskrit, Tibetan and Indian Philosophy at the School of Oriental and African Studies, University of London (1986), then worked in France, India, Thailand, and Japan, before returning to the UK to take an MA in Renaissance Studies (1998), followed by a PhD in Early Modern Intellectual History (2004) at Birkbeck, University of London. His doctorate was on the complex hieroglyphic and theosophical figures and the interplay of alchemy, magic and cabala in the  Amphitheatrum sapientiae aeternae – Amphitheatre of Eternal Wisdom (1595/1609) of Heinrich Khunrath of Leipzig (1560-1605). This was followed by postdoctoral fellowships researching the history of ritual magic, alchemy, and astrology at the universities of London, Strathclyde and Cambridge. Peter has been at the HHP Centre since 2009 and specialises in the intellectual and cultural history of learned magic and its relation to religion, science and medicine. He is editor-in-chief of Aries: Journal for the Study of Western Esotericism, editor of The Word and the World: Biblical Exegesis and Early Modern Science (2007) and Laus Platonici Philosophi: Marsilio Ficino and his Influence (2011) and is preparing a monograph, The Mage’s Images: Occult Theosophy in Heinrich Khunrath’s Early Modern Oratory and Laboratory, for Brill’s Studies in Intellectual History. He serves on the academic councils of SHAC (Society for the History of Alchemy and Chemistry) and ESSWE (European Society for the Study of Western Esotericism). 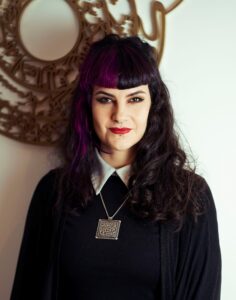 In 2021, Liana Saif (PhD, 2012) joined the HHP Centre as Associate Professor in the History of Medieval Esotericism.

Prior, she was a research associate at the Warburg Institute and the Université Catholique de Louvain, and held the British Academy post-doctoral fellowship at The University of Oxford (St Cross). Saif’s work focuses on Islamic esotericism and the occult sciences, with a special interest in the exchange of esoteric and occult knowledge between the Islamic and Latin ecumenes. Her book The Arabic Influences on Early Modern Occult Philosophy was published by Palgrave Macmillan in 2015. She is currently preparing a long-awaited critical translation from Arabic into English of Maslama b. Qāsim al-Qurṭubī’s (d. 964) Ghāyat al-ḥakīm, known in its Latin translation as the Picatrix. She has conducted research on the tenth-century secret brotherhood Ikhwān al-Ṣafāʾ (The Brethren of Purity), the pseudo-Aristotelian Hermetica, and Jābir ibn Ḥayyān (Geber in Latin). She also worked as a project curator at the British Museum, deepening her interest in the material and artistic manifestations of the occult and the esoteric. 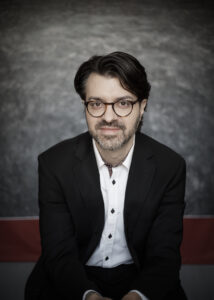 Dylan Burns is Assistant Professor in the History of Western Esotericism in Late Antiquity.

Dylan held a postdoctoral position at the University of Copenhagen’s Faculty of Theology (2011–2013) and served as office manager for the German Research Council-funded project Database and Dictionary of Greek Loanwords in Coptic (DDGLC, 2013–2021), hosted by the Egyptological faculties of Leipzig University and the Free University of Berlin. He has been a research associate at the Max Weber Kolleg (University of Erfurt), and fellow of the collaborative research group “Beyond Canon” (University of Regensburg) and the Foro di Studi Avanzata (Rome). Dylan is co-editor of Nag Hammadi and Manichaean Studies (Brill), and has served as co-chair of the steering committee for the Society of Biblical Literature’s program unit “Nag Hammadi and Gnosticism” (International Meeting 2017–present; Annual Meeting 2012–2017). 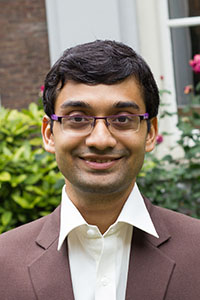 Mriganka Mukhopadhyay is a PhD researcher in the Modern Period at the HHP Centre.

Mriganka was born in Kolkata in 1990. He pursued BA (honours) in History from Kolkata’s erstwhile Presidency College (2012) and completed his MA in History from Presidency University (2014) where he was awarded with a gold medal for coming first in his batch. He then pursued MPhil from Ambedkar University Delhi (2017) where he wrote a dissertation on the history of the Bengal Theosophical Society and Bengali intellectual elites’ interest on esotericism. His academic interests include history of the Theosophical Society in colonial India and the activities of Indian theosophists in that period. In the PhD project his particular focus is on the theosophical movement in Bengal. He examines how theosophical ideas disseminated in Bengal and influenced it’s social, political, religious and cultural life in the 19th and 20th centuries. 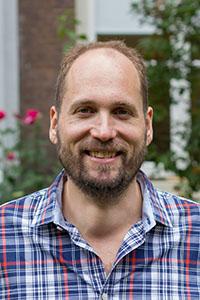 John M. MacMurphy is a PhD student at the HHP Centre.

John holds a BA in Psychology from the University of California at Berkeley and a Research MA in Religious Studies (Western Esotericism) from the University of Amsterdam where he focused on Jewish esotericism. His RMA thesis titled “Abraham Abulafia and the Academy: A Reevaluation” was supervised by Peter Forshaw and Wouter Hanegraaff. Primary research interests include: alchemy, altered states of consciousness and the reception of prophetic and Lurianic Kabbalah within western esotericism. 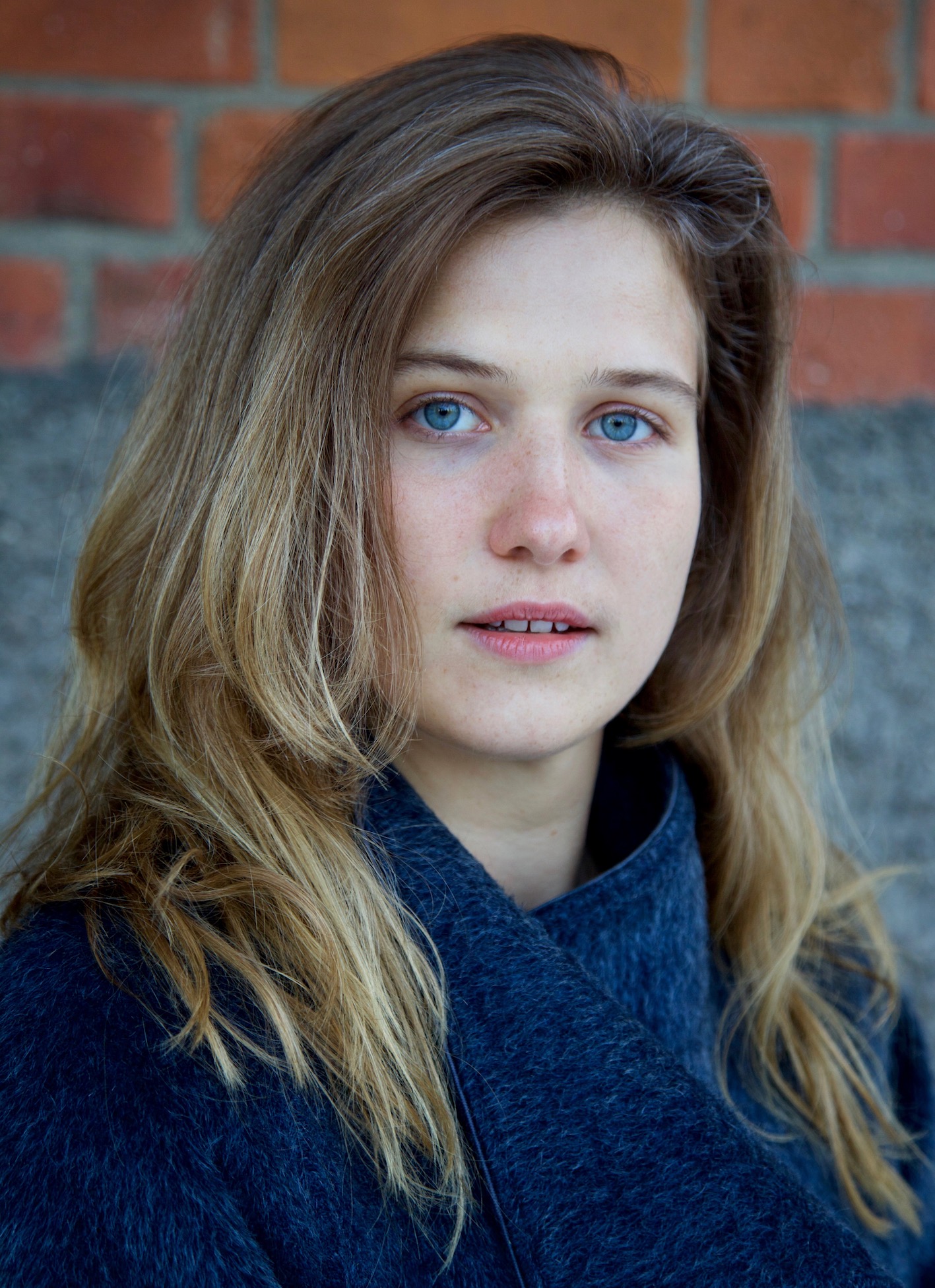 Hedvig Martin is a PhD candidate at the HHP Centre with a project on the Swedish occult painter Hilma af Klint (1862-1944), funded by the Axel and Margaret Ax:son Johnson Foundation for Public Benefits. She has an RMA in History from Södertörn University in Stockholm, Sweden, with the thesis “Hilma af Klint and The Five 1896-1907” (2018). Related research interests include art history and occultism in fin-de-siecle Europe, Western esotericism in Sweden, and altered states of consciousness and its neuropsychology.

Ninian L. Nijhuis has graduated in 2021 as a Research Master student in the Religious Studies at the HHP Centre. Ninian also holds a BA in Law and a MA in International Public Law from the University of Utrecht, the Netherlands. She has studied at the University of Amsterdam since 2019. Ninian’s main focus is on Western Esotericism and her key fields of interest are esoteric psychology, astrology, mysticism, spirituality and science. She is responsible for the HHP Centre’s social media presence. She is also a member of the HHP Student Association. 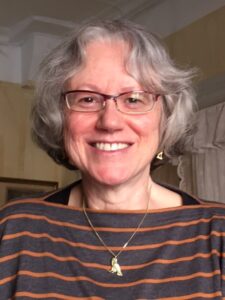 Antoinette Rutten is the secretary of the HHP Centre.

Antoinette studied Old Greek and Latin at the University of Amsterdam; after the minor she switched to Ancient History, Papyrology and Swedish. However, after graduating (1989) she realised that being a teacher or doing research was not a path to continue on for her. She became a secretary and enjoys supporting people. She has been with the HHP Centre since 2018.