The Minor Hermetica is a series of five courses on esotericism that is offered as part of the Religious Studies BA programme at the UvA. For the complete programme, see Western esotericism: A unique specialism. 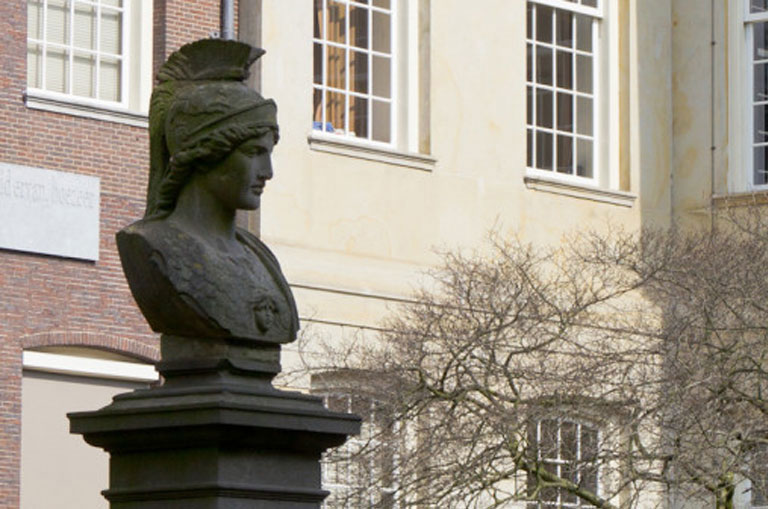 Start getting your Bachelor now

How to enroll in our Bachelor programme

Our BA courses are taught as part of the BA programme Religiewetenschappen. For information about the programme, as well as about how to apply, when to apply, and whom to contact, see:

The HHP Centre is currently the only institute in the world to offer a complete academic specialism in Western esotericism, from the BA to the PhD level.

Taught by leading specialists in the field, our study programme offers a unique opportunity for students to be at the vanguard of a new and exciting development in the study of Western religion and culture.

Learn more about our complete study programme in Western esotericism.

More about our study programme

My experience at HHP is one of the most important stages in my academic education. I got to know the best scholars in the field and learn from their admirable passion in their work. The friendly and daily relationship with them allowed to establish a continuous dialogue where I was able to express my ideas and critically reflect on them. This helped me to find my personal path within the field of study, and I am extremely grateful for their constant support and encouragement! Furthermore, all the seminars were very stimulating settings for critical thinking. This created a wonderful environment for discovery. I have learned a lot from my classmates’ impressive skills and their own research interests and developments. The active learning method made up of presentations, public mini-conferences, and research papers, allowed me to acquire solid academic skills which I was able to spend immediately in important academic events. The feeling was not to be a simple student but an active part of the development of the field. All these made the two years spent in Amsterdam an intense academic training, which has given me beautiful memories and relationships.

Andrea Franchetto (Graduate 2019, Italy)
At HHP I got to study with some of the brightest scholars in the exciting field of Western esotericism—a diverse, fascinating field that often forces a complete reset of what I thought I knew about society, history, and culture. The professors at HHP have a passion for their research that they continuously share with students—whether in class or over a drink at one of Amsterdam’s cozy cafes. The students I met only increased HHP’s openness and diversity, as they came from all over the map—geographically, ideologically, and intellectually.

Aren Roukema (Graduated 2013, Canada)
For me, the program in Western esotericism was far more than just a set of incredibly information-rich courses given by some of the best scholars in the field. It taught me to think like a historian, to do historic research, to formalize my findings into papers, and to present those findings to an academic audience. All of this goes on in the friendliest of atmospheres, where the professors have an uncanny knack for always being critical and demanding without ever being hurtful, and where the seminars always provoke a feeling of discovery—not to mention that they are just plain fun. This is a program that demands a lot of work, but I have been looking forward to every lecture and personal conversation alike, and I can say without any caveats that this has been the best academic experience in my life so far.

Kateryna Zorya (Graduate 2015, Ukraine)
What has impressed me most about my time at HHP is the sense of being included in a professional academic community. The level of discussion in seminars is set at a serious scholarly level, and participation enables you to refine and reject arguments in order to gain an understanding of the subjects. The faculty members are extremely supportive of one’s academic career, not only through critical feedback but through organizing specialized tutorials, encouraging conference participation, and suggesting possible publications. The interaction with your peers is co-operative rather than competitive, which enables a nurturing learning environment where even socializing feels like education.

Susannah Crockford (Graduate 2010, England)
I experienced a scholarly milieu that saw me not only as a student, but also as a young scholar, enticing me to participate in conferences and submit articles for journals and anthologies. Furthermore, the relatively small number of students created a perfect environment for fruitful and informal discussions both in and outside the classroom. A specific advantage of the Master’s program was the repeated practice of giving presentations on a fixed topic in the style of a conference paper, thus providing a solid preparation for actually giving “real” papers at academic conferences.

Sara Thejls (Graduate 2007, Denmark)
It wasn’t just the material that drew me so deeply into the Hermetica program and, ultimately, the field: it was the people, the environment, the feel of HHP. … Our seminars were rigorous but also relaxed and open, without a hint of authoritarianism. Any idea could be floated, defended, or dispatched. This combination of high intellectual standards with a personal and intimate approach helped forge a relationship with my mentors at HHP that continues to thrive long after my graduation, a series of conversations that we’ve now been carrying on for half a decade.

Dylan Burns (Graduate 2004, USA)
Conducting my MA studies at HHP has had an immense effect on my personal development. To be treated as a scholar-in-the-making, as well as being able to discuss my academic passion with likeminded students, is something I truly value with the MA programme in Amsterdam. Not only has it helped develop my scholarly skills, but it also provided me with long-lasting friendships and memories that I will hold on to for the rest of my life.

Do you have any questions about studying at the HHP Centre?