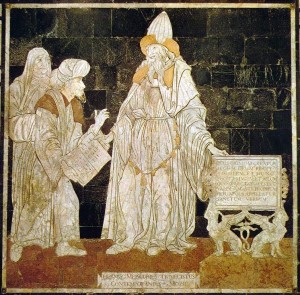 The Minor Hermetica is a series of three courses on Western esotericism that is offered as part of the Religious Studies BA programme at the UvA. For the complete programme (in Dutch), see Westerse esoterie: een uniek specialisme

Course description:
The ideas associated with individuals in the ancient Roman Empire who called themselves “knowers” (gnōstikoi)—ideas today called “Gnosticism”—were considered dangerous by the proto-orthodox churches, as well as Greek philosophers. The works containing these Gnostic ideas are also some of the most relevant and fascinating ancient Christian works known today. This course introduces students to ancient Gnostic literature. It focuses on close reading of ancient Gnostic texts and heresiographical reports about the Gnostics, in English translation, along with relevant introductory secondary literature. Texts read will include the Secret Book of John, the Gospel of Truth, and the Gospel of Thomas, as well as the testimonies of the ancient opponents of the Gnostics.