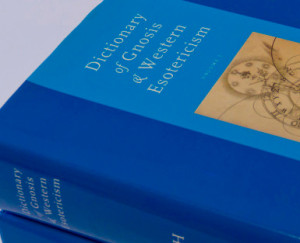 Our Master programme gives students a unique possibility to dive deeper into the history of Western esotericism under the supervision of specialists. The MA comes in a one-year and a two-year variety. In the one-year programme students follow elective courses and write a final thesis. The two-year Research MA variety consists of the same electives, but in addition, students can do tutorials with HHP teachers, and have to complete three core courses on method and theory in Religious Studies. They will also conduct independent research for a longer MA thesis. For more information about the religious studies components, please refer to the UvA website or the UvA Course Catalogue 2020-2021

On this page you will find more information about our elective courses on esotericism, available for both one-year and two-year MAs. There are three core modules, covering different historical periods and thematic aspects: Contested Knowledge, Renaissance Esotericism, and Occult Trajectories. Additionally there is a shorter introductory module entitled “Western Esotericism and Its Scholars”. Please note that the three core modules come in two varieties each, taught in alternating years. This alternation makes it possible for Research MA students, specialising in a particular period, to follow two courses on their period over two consecutive years. Thus, for example, someone writing an MA thesis on Renaissance kabbalah might want to follow Renaissance Esotericism I and II, while a candidate researching occultist authors of the 20th century might do Occult Trajectories I and II.

All our MA courses are given in seminar form where students interact closely with the instructor and with each other. Through group discussion, powerpoint presentations, book reviews and research papers, students are taught to think and work as independent academic researchers. More than just acquiring specialist knowledge in a cutting-edge field in the humanities, our MA students are thus being prepared for the realities of professional academic life.

In light of the Corona pandemic some courses will be given online.

This course provides an introduction to the study of Western Esotericism with an emphasis on spirituality (defined as individualized experiential praxis). In the context of the Master programme, Esotericism is understood as an umbrella term that covers a great variety of traditions, ideas, and practices in Western culture that have tended to be neglected, marginalized or suppressed by dominant theological, philosophical, and scientific ideologies in the academy and Western society. The course will provide a general overview of the nature and historical manifestations of Western Esotericism, the chief theoretical debates that are relevant to this field of research, and their methodological implications.

Course description:
This course presents an introduction to and overview of the tradition of Islamic mysticism (Sufism) as a form of religiosity in the past and in the present. The origins and basic elements of Sufism will be discussed, the development of Sufi thought, and the work of some important Sufi thinkers, such as al-Ghazali, Ibn ‘Arabi, Rumi and Suhrawardi. Next, the course will focus on forms of Western esotericism in Europe and the U.S. that are related to Sufism and that have shaped several tendencies in modern religious thought, especially of the Perennialists and New Age spirituality. Special attention will be given to exchanges, intersections and mutual influences between Sufism and Western esotericism. Finally, contemporary forms of both traditional Sufism and New Age spirituality, in the West and in the Muslim world, will be discussed. The overview of Sufism as a global phenomenon will be put into the perspective of various theoretical approaches and research questions. The material will partly consist of primary material.

Renaissance Esotericism I: History of Alchemy

Alchemy is an important strand in the story of Western esotericism, with roots stretching back to late antiquity in Greco-Roman Alexandria. It first made an appearance in Europe in the twelfth century in the form of Latin translations from Arabic manuscripts, which in its turn had adopted, adapted and transmitted ideas from previous Greek authorities. This course focuses on the Renaissance and Early Modern periods which witnessed a growth of interest in the ‘divine art of alchemy’ due to the advent of printing and the eventual production, in the seventeenth century, of the elaborately illustrated alchemical emblem books that were to provide such a fascination for the psychologist Carl Jung in the twentieth century. During the course we shall consider significant primary texts and examine the arguments of influential voices in the current history of alchemy. We shall become acquainted with various kinds of alchemy, from the medieval interest in gold-making and the enthusiasm for chemical medicine in the sixteenth century to later, controversial notions of ‘spiritual’ alchemy. We shall investigate the way the alchemists communicated their secrets by way of image and text, the claims they made regarding transmutation, the Quintessence, Elixir, and the Philosophers’ Stone, and the relation between alchemy and other esoteric strands such as astrology, cabala and magic. Students will be expected to participate actively in class, present and discuss articles from the reading list, and write an academic paper.

Magic has always been a “problem” in western culture, and some authors have argued that western culture itself has constructed its own identity, among other things, on the basis of a recurrent anti-magical polemic. Other authors, particularly influenced by Max Weber’s theory of disenchantment, have on the other hand argued that magic began to disappear in the early modern period, being replaced by a more rational worldview. Magic therefore would not “belong” to the modern world and would only survive as a worn-out superstition. But magic has proved to be resilient and has not disappeared at all, as the history of western esotericism clearly demonstrates. In recent years, the relationship between magic and modernity has been the object of new interpretations and has been seen in a new light. This new development is very significant for the appreciation of the role of magic in the history of modern western esotericism. In the first part of the course methodological aspects in the study of magic will be discussed, first from a general point of view, and then more specifically in relation to the study of western esotericism and modernity. In the following parts, the course will take a more historical, if not strictly chronological, approach, focusing on different moments in the
history of magic within the context of modern western esotericism. The course will make use of both primary sources and secondary literature.

Course description : This course provides an introduction to the most important concepts, debates, methods, and theories in the academic study of religion, with particular attention to the relationship between religion and spirituality. Chief focuses of attention are the relevant terminologies in this field of study and the debates around them (e. g. “religion,” “spirituality,” “Esotericism,” “mysticism,” “myth,” “symbol,” “ritual”); what is at stake in academic discussions about “Western” perspectives on religion/spirituality and their alternatives; the relation between institutional and doctrinal forms of “religion” and more individual and praxis-oriented types of “spirituality”; the importance in this context of apologetics and polemics; and how to combine interdisciplinary approaches with methodologies specific for (intellectual) history, the social sciences, and the study of literature, the arts, and popular culture.

Remarks:
Students are welcome to participate as auditors (on a voluntary basis, no examination) in the lecture course Western Culture and Counter Culture (W.J. Hanegraaff, Tuesdays, 9-12.00). This course provides a broad overview of Western culture from antiquity to the present that will help place the topic of “religion and spirituality” in its broader historical context.