Dissertations completed at the HHP centre 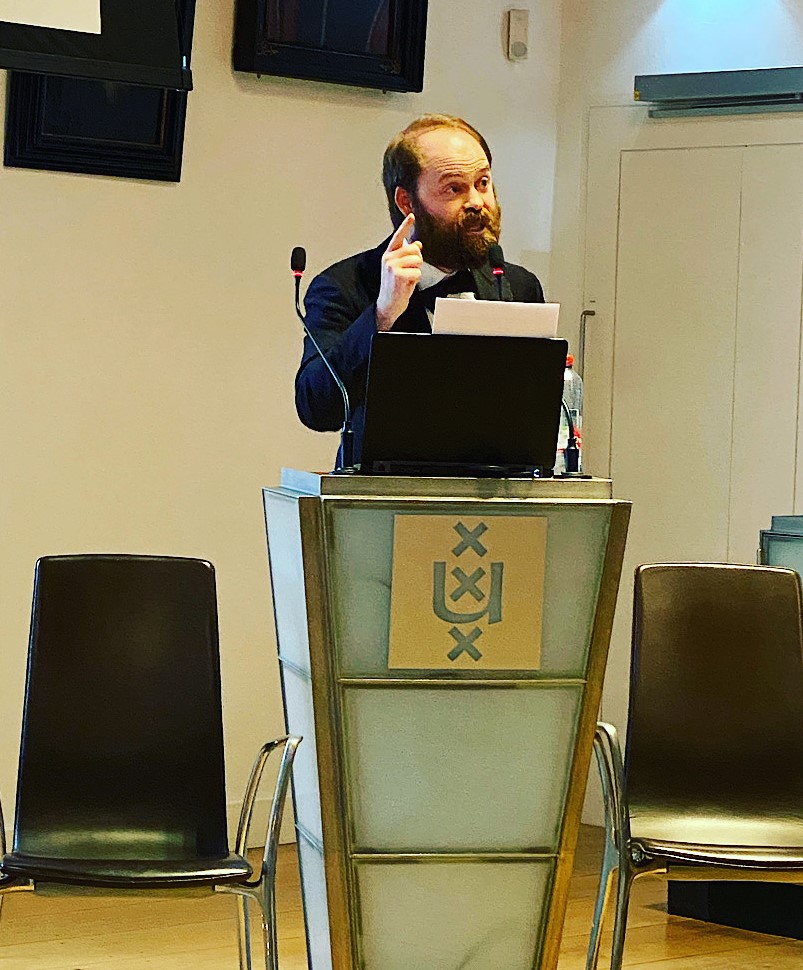 Summary: The psychedelic dimension of religious experience occupies a marginal position in the scholarship of American culture. For the last seven decades, scholars have viewed the psychedelicist church movement as, variously, an excuse for taking illegal drugs, an inauthentic mode of religious fellowship, and a purely oppositional “counter-culture.” More recent scholarship challenges these interpretations by emphasizing the legitimacy of the experiences occasioned by psychedelics. “Angelheaded Hipsters: Psychedelic Militancy in Nineteen Eighties North America” looks at the ways Cold War dissidents in the United States utilized amateur self-publication to build a grassroots movement of psychedelicist activism. Specifically, it asks how an innovative discourse of holiness centered on the use of drugs, or “psychedelicism,” developed within fanzines — uncommercial, nonprofessional and small-distribution magazines circulated in the tens of thousands during the 1980s. In order to explore this question, the dissertation focuses on the preeminent status of psychedelic fellowships (particularly the Discordian Society, the Church of the SubGenius and the Moorish Orthodox Church of America) within the literary microcosm of fanzines. Opposing both American capitalism and Soviet communism, these understudied churches mobilized the fanzine network to launch a revolutionary, or “third way” movement based on the use of mind-expanding drugs, which they construed as the only viable alternative to the nuclear destruction that then seemed inevitable. 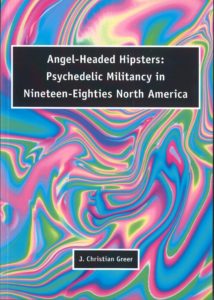 Informed by the material study of religion, the also examines the clandestine social network build by psychedelicists in response to the subsequent criminalization of their devotional practices under state and federal law. As a result of government persecution, the allied forces of psychedelicist militancy fomented the rise of the so-called “zine scene,” an alternative communication microcosm based on the participatory and decentralized exchange of homemade artworks, publications, music, and literature. Driven by the utopian potential of what was then termed “cyberspace,” the hipster militants of the zine scene eventually migrated away from epistolary exchange to pioneer online communication in the 1990s. A historiographic intervention on behalf of ephemeral material culture, my dissertation ultimately traces the “digital turn” towards home-computing back through the earlier social media paradigm of fanzine exchange. 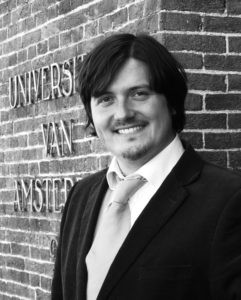 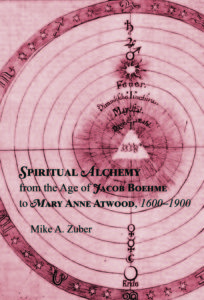 Summary: ‘Spiritual alchemy’ is a contested term that is often accompanied by far-reaching claims about the presumed essence of alchemy.

Despite the troubled past of this term, this study reclaims ‘spiritual alchemy’ as a precisely definable category for historical research. The term stands for the practical pursuit of inward but physically real transmutation, its goal being the reversal of the Fall as a preparation for the resur­rection of the dead at the Last Judgment.

Spiritual alchemy in this sense first developed around the turn of the seventeenth century, due to the confluence of two important currents: German mysticism and alchemical Paracelsianism. In underground networks of religious dissenters, mystical and spiritualist as well as alchemical and Paracelsian writings circulated side by side. In this context, spiritual alchemy eventually reached Jacob Boehme. According to his understanding, laboratory alchemy was but a lesser, grossly material reflection of spiritual alchemy. 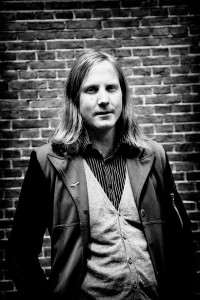 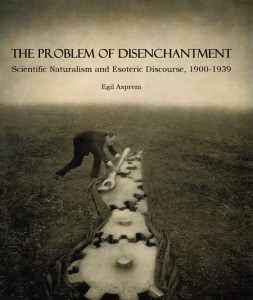 Summary:
The dissertation presents a new perspective on Max Weber’s notion of the “disenchantment of the world”. According to Weber, the disenchantment process was driven primarily by the modern natural sciences, leading to the disappearance of “magic” and the absolute separation of the spheres of science and religion. Combining history of science with the history of religion and esotericism, this work demonstrates that the modern natural sciences, pace Weber and his interpreters, cannot easily be described as having led to a disenchantment of the world. Instead, we find a number of significant overlaps between science, theology, and broadly “esoteric” outlooks, particularly in the form of “new natural theologies” and in philosophical positions defined as “open-ended naturalism”. These overlaps signify areas where individual scientists and scientific institutions (journals, lecture platforms, scholarly societies) have suggested implications of their own work that go against the technical understanding of “disenchantment” – viz., countering strict mechanism, materialism, and/or reductionism, in favour of “re-enchanted” scientific worldviews, advocating the continuity between scientific research and the value spheres of religion, metaphysics, and ethics. While such reenchantment projects are well-known from “alternative” and “New Age” circles in the post-war era, a significant find of this work is that they were predated and prefigured in the intellectual production of influential pre-war scientists, scholars, and philosophers. 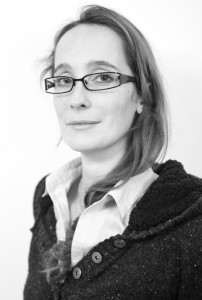 Tessel M. Bauduin successfully defended her dissertation on surrealism and Western esotericism on December 20, 2012. It was entitled The Occultation of Surrealism: A Study of the Relationship between Bretonian Surrealism and Western Esotericisim, and can be downloaded in its entirety from the Amsterdam University Library. 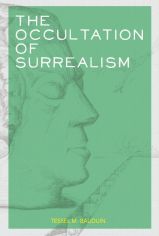 It has been said that Surrealism was nothing if not deeply involved with occultism and Western esotericism. Others claim that there was no such involvement or even that Surrealism was directly opposed to the occult and esoteric. ‘The occultation of Surrealism’ offers a fresh view of this complex and important debate that has remained unresolved until now, and seeks to account for such differing opinions about the supposedly occult character of Surrealism, specifically under the leadership of its founder André Breton. Specific elements that have found a place in Surrealism, such séances, mediums, clairvoyance, prophecy, alchemy, and the corresponding worldview that is associated with magic, are studied in depth. The esoteric indeed fascinated Breton and his fellow Surrealists, and the relationship between Bretonian Surrealism and Western esotericism is analysed within its historical context, highlighting that his dynamic relationship changed significantly over time. This study explores the way in which esoteric currents were significant for Surrealism in particular ways and during certain periods of time, touching among other things upon the surrealist vogue for Spiritualist séances in the early 1920s, Breton’s demand for ‘the profound, veritable occultation of Surrealism’ in 1929, and surrealist art-magic in the 1940s. As the decades progressed, esotericism increasingly rose to prominence in Surrealism, until Breton would declare it an essential part of the surrealist life; even so, as this study argues, it always remained subservient to the overarching concerns of the surrealist movement. 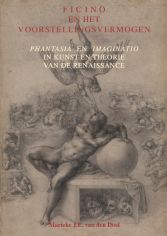 Artists such as Michelangelo and Botticelli made extensive use of the views of the Florentine Neoplatonist Marsilio Ficino (1433-1499) for several of their most famous works. In particular, Ficino’s ideas concerning inspiration (furor), love and imagination played a major role. The significance of Ficino for Renaissance art and art literature was a popular topic for art historians from the 1930s through to the 1970s, but in the subsequent period the extent of the influence he exercised has been much questioned. New source material, revised dating and close reading of relevant texts now show this discussion in a quite different light.