Between Reincarnation, Alchemy and Spiritual Sexuality: The Reception of Lurianic Kabbalah in Western Esotericism

Toward the end of his life, Isaac Luria (1534-1572), one of the most well-known figures in Jewish Mysticism, ascended to the eccentric community in Safed, Israel, and imparted his unique wisdom to a fellowship of roughly forty apprentices. This interaction has spurred what would become the most prominent kabbalistic tradition to date. What makes this trend so exceptional is that it funnels various disparate esoteric methods which preceded it and reconcile them into a single multi-faceted metaphysical system. However, despite its popularity, little research has been done to examine the impact and relationship of this school with the West. This project aims to remedy this academic oversight by exploring the reception of this influential current within western esotericism. In particular, this study traces the textual evolution of its highly secretive doctrine of reincarnation over the wide spectrum of the Lurianic oeuvre spanning from the writings of Luria himself and concluding with the publication of the De Revolutionibus Animarum (On the Revolutions of the Souls) in the Kabbala Denudata (The Kabbalah Unveiled), published in Frankfurt, Germany, by the efforts of Christian Knorr von Rosenroth (1636-1689) and his colleagues in 1684. The scope of this inquiry covers not only known printed works such as the voluminous Etz Chayim (The Tree of Life), Sefer ha-Gilgulim (The Book of Reincarnations) and Sefer ha-Chizyonot (The Book of Visions) by Chayim Vital (1542-1620), one of Luria’s most prominent and prolific direct followers, but also compositions that received little attention such as the unpublished Kanfei Yonah (Wings of the Dove), by Moshe Yonah, one of the first students to capture the enigmatic teachings, and Sefer ha-Pe’ulot (The Book of Operations) – Vital’s magical-alchemical diary. In addition, emphasis is placed on many non-published hand-written manuscripts preserved in libraries and archives around the world. The analysis encompasses unprecedented considerations concerning the special interest these captivating mavericks exhibited with respect to occult philosophies; their open attitude toward the magical practices of Kabbalah Ma’asit (Practical Kabbalah); and the import of alchemical precepts that were interpreted metaphysically and have influenced many Lurianic principles including the famous concept of Tikkun, or rectification. With regard to praxis, specific sexual applications are also examined against the backdrop of the alchemically inspired framework of metempsychosis including theurgical methods, designed to draw holy souls into the adepts’ offspring, as well as non-procreative techniques tailored to aid the practitioners in their spiritual development, purify their soul and rectify the cosmos. By evaluating the intellectual history of these controversial themes and how they were understood, integrated, and absorbed by a Christian audience, this exploration provides a new understanding into the bidirectional influence between Jewish and western occult milieus. 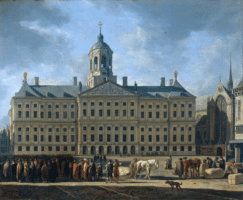 Call For Papers: Amsterdam as Haven for Religious Refugees in the Early Modern Period

Call for papers: The Eranos Experience: Spirituality and the Arts from a Comparative Perspective Deadline 15 april 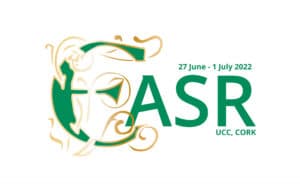 HHP Centre is part of the University of Amsterdam

As part of the University of Amsterdam, our research falls under the umbrella of the  Amsterdam School of Historical Studies (ASH) at the Faculty of Humanities.

As part of the Religious Studies unit the HHP centre participates in the interdisciplinary research group on Religious Dynamics and Cultural Diversity.

The presence in Amsterdam of the famous Bibliotheca Philosophica Hermetica, situated in the Embassy of the Free Mind, and of the rich material of the Amsterdam University Library’s Special Collections (Bijzondere Collecties) provides important research facilities for our staff. The HHP’s strong emphasis on historical research of primary sources is greatly advanced by these libraries and collections.

The HHP centre is an intrinsic part of a larger international network that promotes, creates and distributes peer-reviewed academic research in the interdisciplinary field of Western esotericism.

The European Society for the Study of Western Esotericism (ESSWE) was founded in Amsterdam in 2005, the staff at the HHP centre continues to be deeply involved with the further development of this international learned society.

Our staff has also been instrumental in setting up and running the leading peer-reviewed journal devoted to Western esotericism, Aries, and the Aries Book Series – both published by Brill under the auspices of the ESSWE.

An overview of dissertations completed at the HHP centre.

PhD dissertations at the HHP Centre

Would you to like to get in contact with our researchers or get more information about research at the HHP Centre?