Dr. Marco Pasi is currently involved with the following research projects at the HHP Centre.

The Problem of Magic 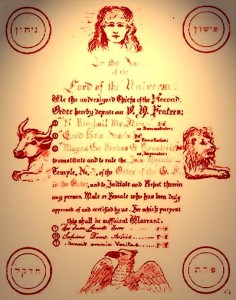 The Problem of Magic in the History of Western Culture after the Enlightenment
This project focuses on the role played by the idea of magic in modern, post-Enlightenment Western culture. Few concepts have such a complex history as that of magic. Since its earliest use in classical Antiquity, it has often been used to designate ideas and/or behaviours perceived as dangerous, illicit, and exotic. During the Enlightenment, magic was equated with superstition, and it was understood that, with the forthcoming emancipation of humanity from the shadows of ignorance, it would soon disappear. The prediction, which was seen as self-evident throughout the 19th and the 20th centuries by generations of historians, anthropologists and sociologists, has been far from fulfilled. Magic has survived well into our contemporary, supposedly secular age and is still alive and well today. This research project aims at investigating the ways in which and the reasons why this “survival” has been made possible. Fernando Pessoa and Esotericism
This project will focus on the influence of western esotericism in the work of the Portuguese poet Fernando Pessoa (1888-1935). Pessoa has been long recognised as one of the most significant figures in 20th century literature worldwide. However, and unlike other similar cases such as William Butler Yeats, his deep fascination for esoteric ideas remains largely unexplored territory. Little of scholarly value has been published on this subject, especially in languages other than Portuguese. This project aims at a careful study of Pessoa’s esoteric writings in view of a critical edition of the same and the production of a monograph on the subject. This project has already benefitted from a resident fellowship of six months at the Netherlands Institute for Advanced Studies (NIAS). 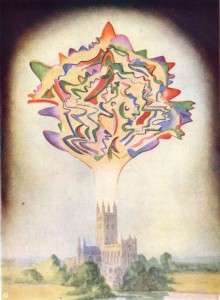 Enchanted Modernities: Theosophy, Modernism and the Arts, c. 1875-1960
This is a collaborative research project based on a group of scholars who are experts on esotericism and/or the visual arts, music, sound and literature, led by Sarh V. Turner (University of York). The research project will last three years (2013-2015) and is being funded by the Leverhulme Trust. The research carried out by the partners will examine where and how artists, writers and performers came into contact with Theosophy and other mystical practices, and how Theosophical ideas, especially those of key figures in the Society in this period, such as Helena Blavatsky and Annie Besant, were given material, visual and audible form and shape. Various events and publications related to the project are being planned, among which a large conference on the theosophical movement and the arts to be held in Amsterdam in September 2013.