Gnostic Literature and Its Modern Reception 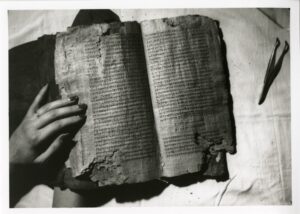 Gnosticism in Antiquity and Today

Few topics in the study of ancient Mediterranean religion are as exciting and challenging as the study of Gnosticism, the school of thought associated with individuals who called themselves “knowers” (Greek gnōstikoi). My work on the ancient texts that contain Gnostic literature—above all, the thirteen Coptic manuscripts discovered near Nag Hammadi (Upper Egypt), in 1945—focuses on the relationship of this material to later Greek philosophy, apocalyptic literature, the borderlines between ancient Christianity and Judaism, and Graeco-Egyptian magic and alchemy. I am also engaged in research on the early modern reception of legends about the Gnostics; the emergence among philosophers and theologians of the notions of “gnosis” and, eventually, “Gnosticism”; and the reception of the first editions and translations of Coptic Gnostic works in the nineteenth and early twentieth centuries—prior to the Nag Hammadi discovery—a formative period in the academic study of Gnosticism where  theosophists, occultists, and esotericists played important roles.

How the Gods Care 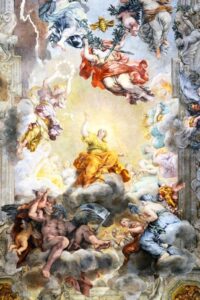 Providence, Fate, and Will in Late Antiquity

A particularly important issue for ancient philosophers was “providence” (Greek pronoia; Latin providentia): a concept dealing with the gods’ care; evil and dualism; and individual responsibility or free will. This book project addresses providence in late antique (fourth–sixth century) religious and philosophical literature, a period replete with fascinating and influential developments in notions of fate and divine care. With the rise of Constantine, providence became a tool of the new Christian, imperial propaganda, a turn that deeply impacted angelology and demonology. A new, dualistic religion—Manichaeism—sparked new debate and conceptions about the origins of evil, the meaning of the cosmos, and free will. The increasing predominance of theurgy in Neoplatonism was tied to increasing emphasis on the active care and foreknowledge of the gods, with important repercussions for new ideas about the mechanics of ritual, divine omniscience, and the significance of the gods’ care at the twilight of traditional Hellenic religion.