A History of Hermetic Philosophy 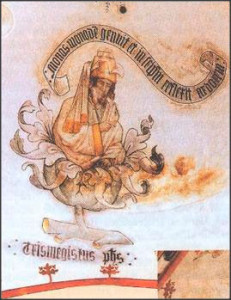 A History of Hermetic Philosophy
This project aims at writing a revisionist history of Hermetic philosophy in the strict sense of the word: that is to say, it will not include the history of alchemy and other currents related to the so-called “technical” Hermetica but will focus on the reception history of the textual corpus that has been categorized by modern scholars as “philosophical”. These documents represent a religious philosophy or philosophical religion ultimately aimed at salvation through a trans-rational gnosis, but this original intention was largely lost to later commentators through the middle ages, the Renaissance, and modernity. The widely divergent interpretations of what “Hermetic philosophy” was supposed to be all about reflect the preoccupations of intellectuals and, eventually, practitioners in their specific and continually changing historical and cultural contexts, so that the reception of the philosophical Hermetica can be seen as a mirror for tracing important shifts and transformations of intellectual perspective in the longue durée from late antiquity to the present. Given this perspective, modern scholarly interpretations of the “philosophical” Hermetica since the 19th and 20th centuries (including major figures such as André-Jean Festugière or Frances A. Yates) will be approached not just as instruments for but as objects of analysis that are integral parts of the reception history of Hermetic philosophy. 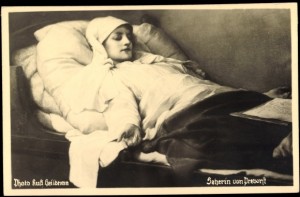 German Romantic Mesmerism and the Nightside of Nature
This project will focus on the reception of Mesmerism in German Romanticism, with central attention to the neglected key figures of Gotthilf Heinrich von Schubert (1780-1860), Justinus Kerner (1786-1862), and Adolf Carl August von Eschenmayer (1768-1852). Schubert’s concept of “the nightside of nature” became central to the novel conceptualizations of Mesmerist somnambulism and its anti-Enlightenment agendas in German Romantic and Idealist thought, and it became a popular topic of discussion due to Justinus Kerner’s best-selling Seherin von Prevorst (1829), written in close collaboration with Eschenmayer. Since Henri Ellenberger’s pioneering Discovery of the Unconscious (1970), it has been known to specialists that the very foundations of modern psychology were created in this German Romantic context, but the precise nature of this connection remain rather unclear due to the lack of an in-depth study of German Romantic Mesmerism in the first half of the 19th century. The goal of this project is to fill that hiatus.